Here are a few previous Science Hack Day projects from around the world. Your project might not be as technically complex as some of these but it doesn’t make it any less interesting! And remember that some of these projects came from teams of 8 or more people… 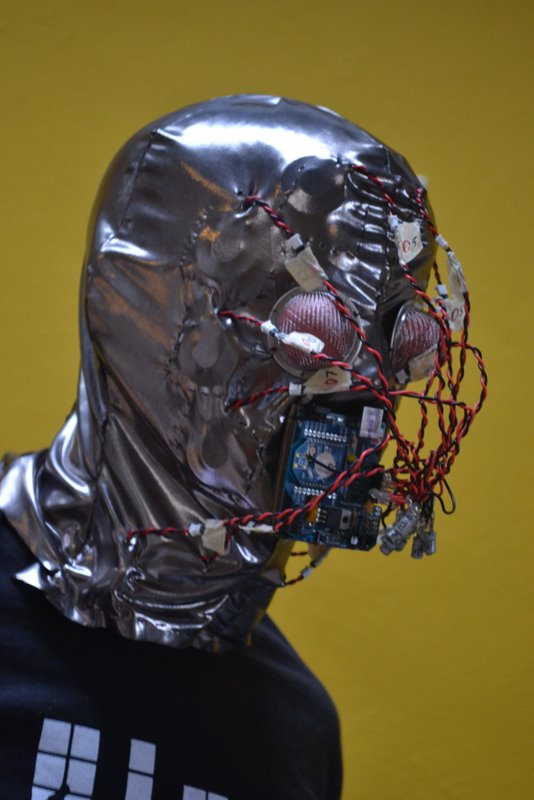 A mask that simulates synesthesia. As the wearer navigates light or dark areas of a room, different sides of the mask begin vibrating. In this way, the wearer can begin to feel sight. After this hack was created, an individual reached out to the team for help. He was looking to build a sound/haptic body suit to help train a toddler, who had experienced severe brain damage, to crawl. The hack had inspired him to create a “more useful” enhancement that helped with accuracy. 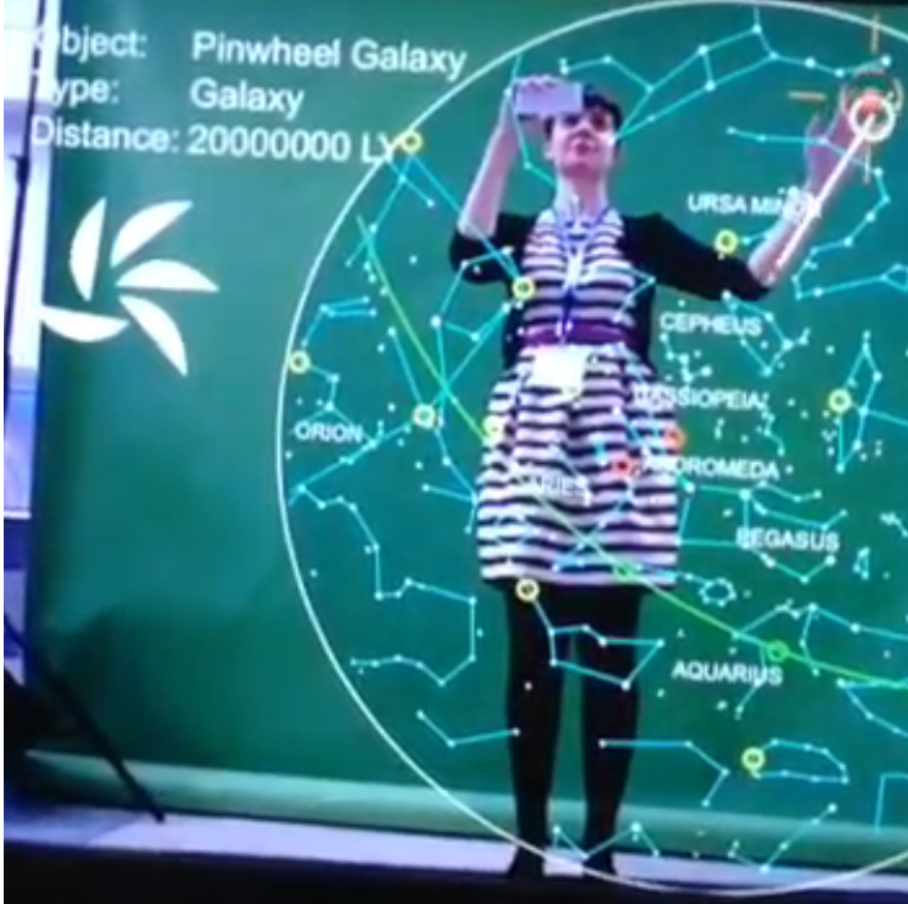 A whole-body interactive sky chart made using Kinect. People can point to different celestial objects to get more information about them while also getting a physical sense of the distance between them. After this hack was created, it went on to be an exhibit at the American Museum of Natural History in NYC, where it was a big hit with families and children. It then was exhibited at NASA’s Space Apps Challenge in NYC where astronaut Cady Coleman got a chance to try it out as well. 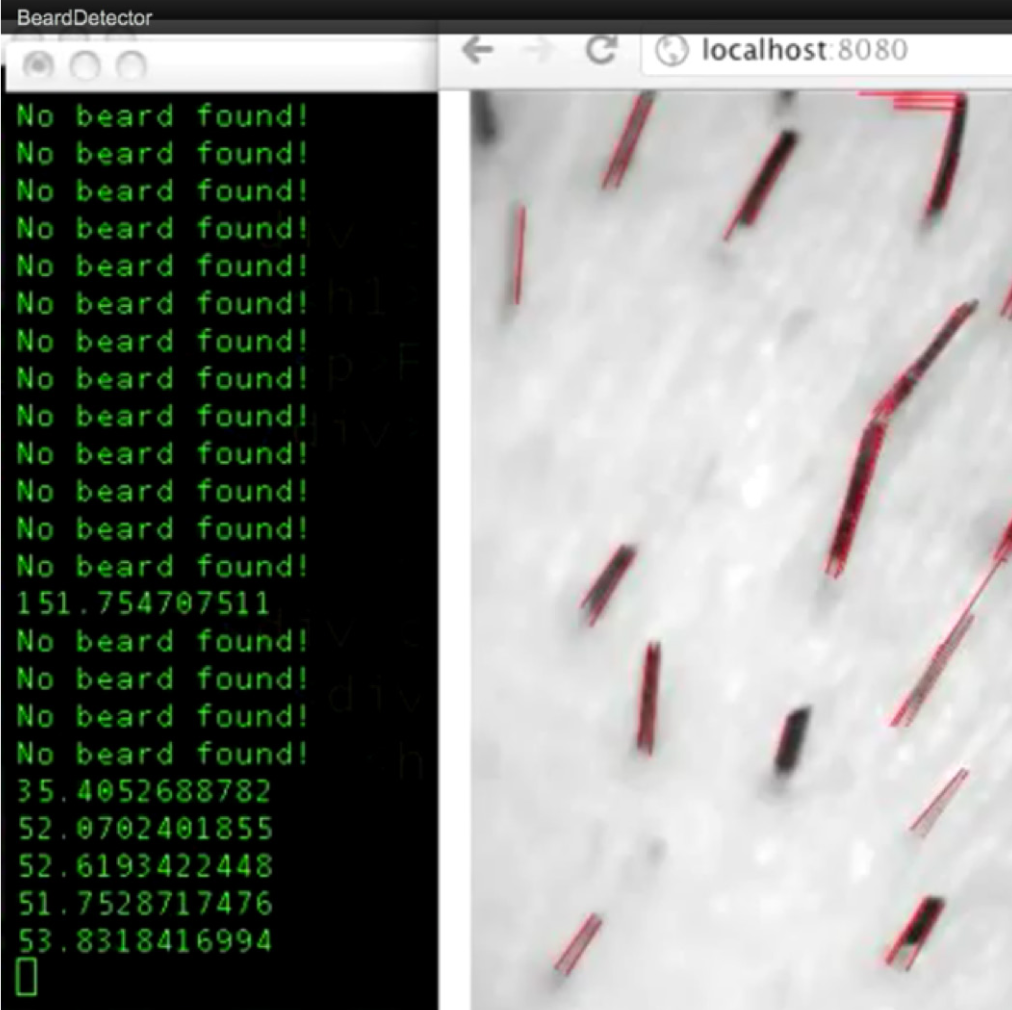 A device that would detect when someone needed to shave. The hack utilized a USB microscope and an open computer vision library. It was an amusing hack, but one that turned out to be useful as well. A particle physicist who had seen the hack demoed found that it was a genius way to detect cosmic rays in a cloud chamber. This inspiration directly led to the creation of a multi-year student-led research project at Siena College. 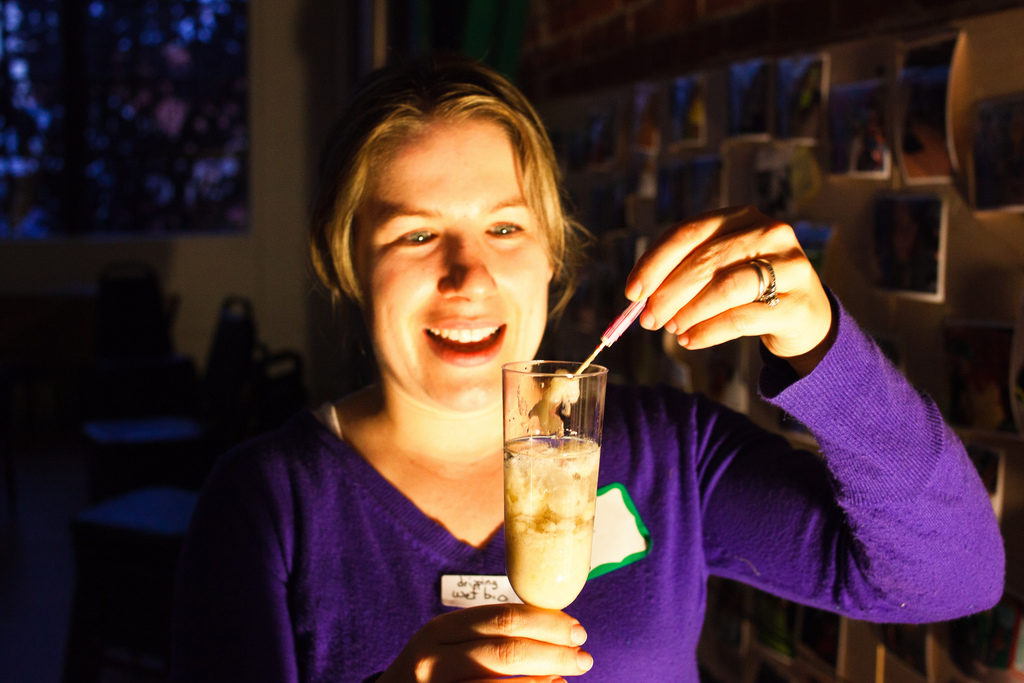 A group of biohackers decided to investigate whether they could chemically extract DNA and keep the items edible, creating a strawberry daiquiri  or “DNAquiri,” that remained totally edible. This group decided to see if they could use smartphone sensors to detect earthquakes, giving areas the ability to detect and send data to the U.S. Geological Survey. Their project was picked up by University of California, Berkeley and is ongoing. 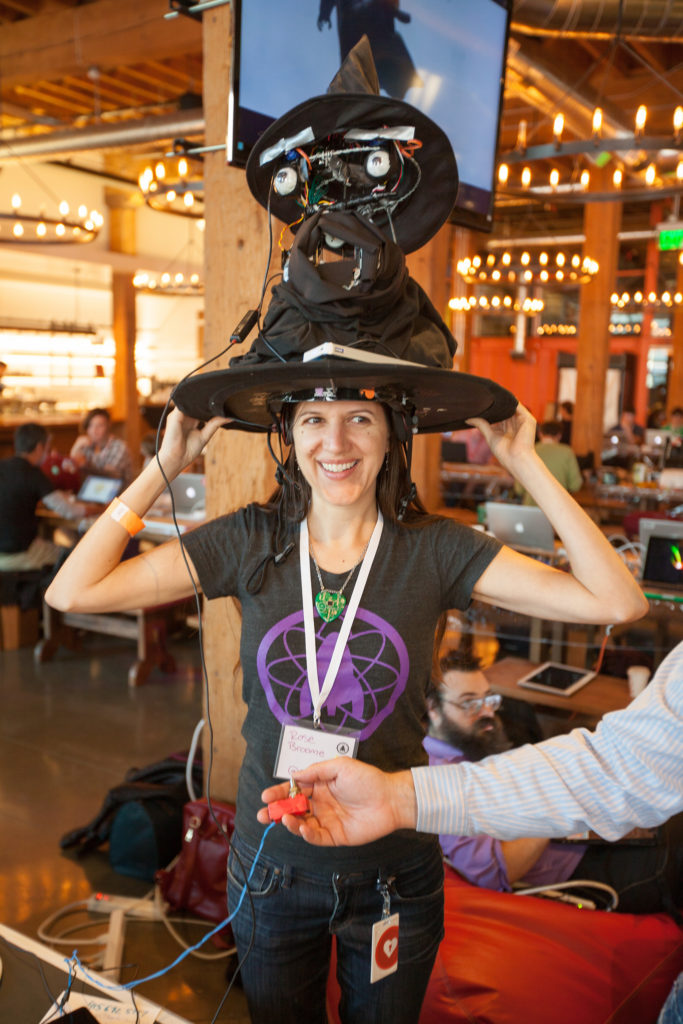 The Harry Potter sorting hat would talk and listen to somebody wearing the hat, use natural language processing via the Google API, and had a tricky algorithm to choose which hat the person belonged in. The hat’s eyes and mouth moved as it talked and announced which house the person was sorted to. (This pic is the hat partway through construction.)

Take a look through these sets of images from Matt Biddulph who has documented Science Hack Day San Francisco (and others!) from the beginning.